Here, There and Everywhere: Moving Statistics for 2016 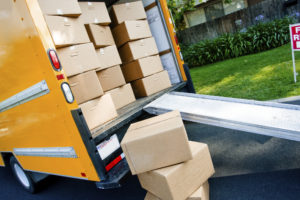 In 2016, an estimated 36 million Americans changed their residence, the U.S. Census Bureau recently reported, some striking out for new frontiers, testing the waters of a different state. Where did they go? According to the United Van Lines’ 40th Annual National Movers Study, a significant number of them relocated to (drum roll, please) South Dakota.

Two-thirds of moves to The Mount Rushmore State were related to job opportunities, according to the report. Indeed, South Dakota continues to gain recognition and designations for just that, according to state sources, especially the climate it offers for entrepreneurs and the lack of a corporate income tax or business inventory tax.

The study, which tracks customers’ state-to-state migration patterns over a year’s time, also revealed that:

“For 40 years, United Van Lines has been tracking which states people are moving to and from. We also survey our customers to understand why they are moving from state-to-state,” said Melissa Sullivan, director of marketing communications at United Van Lines. “As the nation’s largest household goods mover, the data we collect is reflective of national migration trends.”

“This year’s data clearly reflects retirees’ location preferences. We are seeing more retirees than ever decide to relocate, and as a result, new retirement hubs are popping up in Western states, said Michael Stoll, economist, professor and chair of the Department of Public Policy at the University of California, Los Angeles. “Interestingly enough, these retirees are leaving at such a fast pace that the movement of millennials to urban areas in the Midwest and Northeast is being overshadowed.”

Regarding why people are moving, the Mountain West led the way with retirees, with one in four movers indicated they chose to move to this location for retirement reasons. Regions that saw the most inbound moves for company transfers included the Midwest (63 percent) and Pacific West (62 percent). The region with the largest exodus of residents due to finding jobs elsewhere was the southern United States (62 percent). Across all regions, nearly one in five of those who moved in 2016 moved to be closer to family.

United has tracked migration patterns annually on a state-by-state basis since 1977. For 2016, the study is based on household moves handled by United within the 48 contiguous states and Washington, D.C. This study ranks states based off the inbound and outbound percentages of total moves in each state. United classifies states as “high inbound” if 55 percent or more of the moves are going into a state, “high outbound” if 55 percent or more moves were coming out of a state or “balanced” if the difference between inbound and outbound is negligible.

Moving In: The top inbound states of 2016 were:

Moving Out: The top outbound states for 2016 were:

Balanced: States that gained about the same number of residents as they lost were:

There you have it: Another year of change in employment, lifestyles and location for people nationwide. If you plan to be among them in 2017, contact us today to learn more about Yarnall and our services.